K9 Veterans Day falls on March 13, 2020. This is a day devoted to the commemoration of American Military War Dogs (MWDs) that have saved millions of lives over the years.

These highly trained animals are so important that if any person abuses, neglects, mishandles, or fails to heed the directions of a trained military dog, the soldiers are subject to maximum federal punishment under the Uniform Code of Military Justice (UCMJ). This can include:

Just a Few K-9 Veterans We Should Know Sergeant Stubby was a mixed breed pit bull who served in World War I as the official mascot of the 102nd Infantry Regiment until he was assigned to the 26th Division.

He served for 18 months and participated in 17 battles on the Western Front. Named for his short tail, he warned of mustard gas attacks, incoming missile attacks and more. He remains the most decorated dog in military history. Chips was a german shepherd - collie - siberian husky mix who served as a trained sentry dog for the US Army during World War II.

Not only was he vigilant, he was fierce - once attacking a hidden German gun nest on his own! This tiny 4-lbs yorkshire terrier stood only 7” tall, but is credited with saving over 250 US soldiers.

She survived 150 air raids on New Guinea and made it through a typhoon at Okinawa. Smoky even parachuted from 30 feet (9.1 m) in the air, out of a tree, using a parachute made just for her!

Judy lived aboard the HMS Gnat stationed on the Yangtze before and during World War II. During her early years aboard, she provided early warning about incoming aircraft.

After the British declaration of war on Germany, she was transferred to the HMS Grasshopper, which was engaged in the Battle of Singapore, causing the Grasshopper to evacuate for the Dutch East Indies.

The Grasshopper was sunk en route, and Judy was nearly killed having been trapped by a falling row of lockers. She was rescued when a crewman returned to the stricken vessel looking for supplies. Rags was a mixed breed terrier who became the U.S. 1st Infantry Division's dog-mascot in World War I.

This talented pup achieved celebrity war dog status when he saved many lives of those in the Meuse-Argonne Campaign. Despite being bombed, gassed and partially blinded, he still managed to deliver a vital message to camp.

His owner and handler at the time, Private James Donovan, was gassed and seriously wounded, eventually succumbing to his injuries in a military hospital at Fort Sheridan. 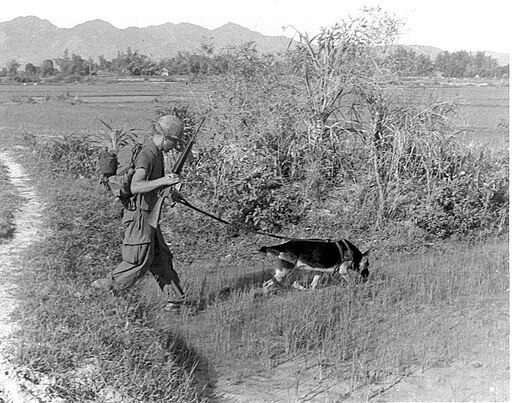 Chief (pictured) was just one of the many German shepherds stationed in Vietnam. Over 5,000 dogs took part in the Vietnam war - none returned. Yet, every one of these animals were critical to the war effort, saving thousands of American soldier lives.

It's taken many years for dogs to be formally recognized for their service in the Vietnam war. In 2018, a committee of Vietnam veterans and one Korean War dog handler was formed. Together, they raised nearly $200,000 to erect a memorial to these brave animals. 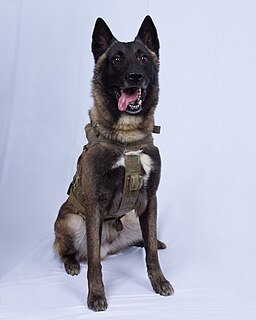 He was recently celebrated at the White House and returned to service in the field.

These dogs deserve more than our acknowledgement, they deserve our unending respect and a happy place to retire after service. By remembering these K9 veterans, we can work together to make that happen for current and future MWDs. Adapting to Weather Extremes with Pets 5 Tips for Road-tripping with Dogs